Who Is Maria Montessori?

You may know that the Montessori Method is named after its creator, Dr. Maria Montessori, but how much do you know about this innovative and inspiring woman? Dr. Montessori wasn’t just a pioneer in education, she also broke many barriers for women at the time! She led a full and interesting life, which we’ll discuss below. 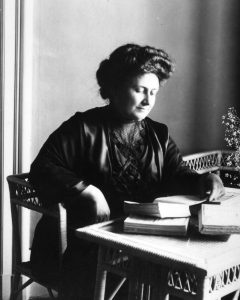 Maria was born in Italy in 1870. She was an only child and was especially close to her mother, Renilde Stoppani Montessori, who was very well educated for a woman at that time. At 13, Maria enrolled herself in an all-boys technical institute with ambitions to become an engineer. While her father was not encouraging of her further education–girls at that time didn’t often receive an education past elementary school–she had her mother’s support.

After later taking a biology class, Maria changed her mind about engineering and decided to become a doctor. This was nearly unheard of at the time for women. Maria’s application to the University of Rome was first rejected, but after taking further classes and appealing to the Pope, she was eventually accepted into the program. While she was an excellent student, the other male students were not so accepting of her. She actually had to do dissections alone because these weren’t allowed to be done in mixed classes. However, she persevered and graduated on July 10th, 1896, and was one of the first women to do so in Italy.

Early Career and Interest in Education

Upon graduation, Maria began working as surgical assistant at Santo Spirito Hospital in Rome, and in 1897, she joined a research program at the University of Rome psychiatry clinic. For her work in this program, she visited Rome’s asylums for children with mental disorders. She found their treatment to be deplorable and questioned the conventional treatment and education of these children. In 1900, Maria became the co-director of a new special education institute. It was here where she began observing and experimenting to determine which teaching methods were best, and the children she worked with made unexpected gains. 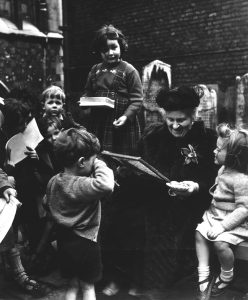 The Development of the Montessori Method

In 1907, Maria opened a full-day daycare in a poor inner city area of Rome, which was called Casa dei Bambini. The children, whose parents needed to leave them for work, were between the ages of 3 and 7. As they settled into their new school, they became interested in preparing meals, doing puzzles, and using language materials. Using the scientific method of observation, Maria developed what we now know as the Montessori Method, materials, and environment.

The children at Casa dei Bambini thrived, and within three years, Montessori schools were opening across Europe. The first Montessori school in the US opened in 1911, and schools continued to open across the globe.

As these schools flourished, Maria began traveling the world, lecturing and writing books and articles about her method. She also developed a teacher training program. She left Italy for India during WW2 and was forced into exile when Italy joined the war. After the war, she spent her final years in Amsterdam. She died peacefully on May 6, 1952, leaving behind an amazing legacy–one that continues to benefit children around the world.